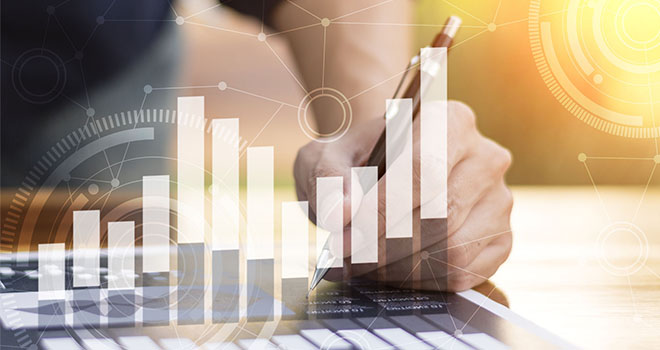 Sprint start for the innovative Italian SME that develops innovative solutions for marketers, with a 243% growth in the second quarter of 2017 compared to the same period of 2016.

Consolidated results as of 30th June 2017

Gravina in Puglia (Bari), 25th July 2017 – The Digital Box, the company that designed and developed ADA, an innovative integrated platform for Mobile Engagement based on Artificial Intelligence, today announced the financial results for the Second Quarter of 2017. Revenues from sales amounted to € 1,684K, with a 243% growth compared to the second quarter of 2016, a linear increase compared to the first quarter and in line with the company’s aim to exceed 100% growth every year. Total costs were lower than budgeted, with an EBITDA of € 336k, up 941% compared to the second quarter of 2016.

“In the second quarter of 2017, The Digital Box achieved new records with a significant margin. Not only have we grown by 243% compared to the same Quarter in 2016, but we have also overcome the exceptional results of the first Quarter by 22%. An excellent performance of our strategic plan of expansion on the market and Artificial Intelligence solutions, are generating the expected results” said Roberto Calculli, CEO of The Digital Box. “Our distribution channel, which has significantly consolidated over the last year with targeted acquisitions fully integrated with our business, is starting to be fully operational”.

In the second quarter, the company focused its attention on Research and Development (R & D), integrating ADA with Artificial Intelligence technologies and expanding its activities at an international and national level.

In addition to the excellent sales performance, the exceptional results in terms of EBITDA come in part from a larger number of subscriptions compared to the sale of consumables (especially SMS). This is significantly due to a market trend, since Social Media are widespread as the first distribution channel for marketing campaigns carried out with ADA.

In the second Semester, the group’s cash position improved to € 452k, 30% more than expected.

The company’s management team is cautiously starting the third quarter of 2017, which falls in a period with lower performance for the entire year, but it remains confident on the growth prospect of the top line from 2016 to 2017 slightly above 100%.

“We are having a great feedback in all the countries where we operate and the market is showing that ADA is striking the right target as for both SMEs and large retailers in which we focus our activity” commented Marco Landi, president of the Board of The Digital Box.

The Digital Box S.p.A. was founded in Puglia by a group of Marketing visionaries and experts in digital technologies. The company has developed ADA, the most innovative integrated platform for Mobile Engagement based on Artificial Intelligence solutions. Driven by a unique and advanced technology,a highly profitable and scalable sales model  based on a network of Marketing Agencies, and by the focus on Mobile Devices, The Digital Box has grown very rapidly and is developing also in Europe and Latin America. ADA allows Agencies to generate more Leads, more Conversions, more revenues for lower costs, more information for sales plans aimed at customer loyalty.

The company boasts a consolidated presence in Italy, Spain, the United Kingdom, Latin America, and France. In 2017, the company landed in the USA and took over three major Italian retailers, thereby backing a strategic and technological acquisition in the Artificial intelligence field. Led by highly experienced team management, since 2017 The Digital Box has planned to expand sales activities in Northern Europe and start business in North America.

Some of the statements in this press release, future expectations or other information or forecasts, are subject to known and unknown risks. The advanced information is based on various factors and many hypotheses. In light of the risks, assumptions and uncertainties, there can be no guarantee that the information in this document will actually be implemented.
The Company makes no statements and undertakes no obligation to update the information on the basis of the final results or any changes in assumptions, hypotheses or other factors that could influence the statements themselves.